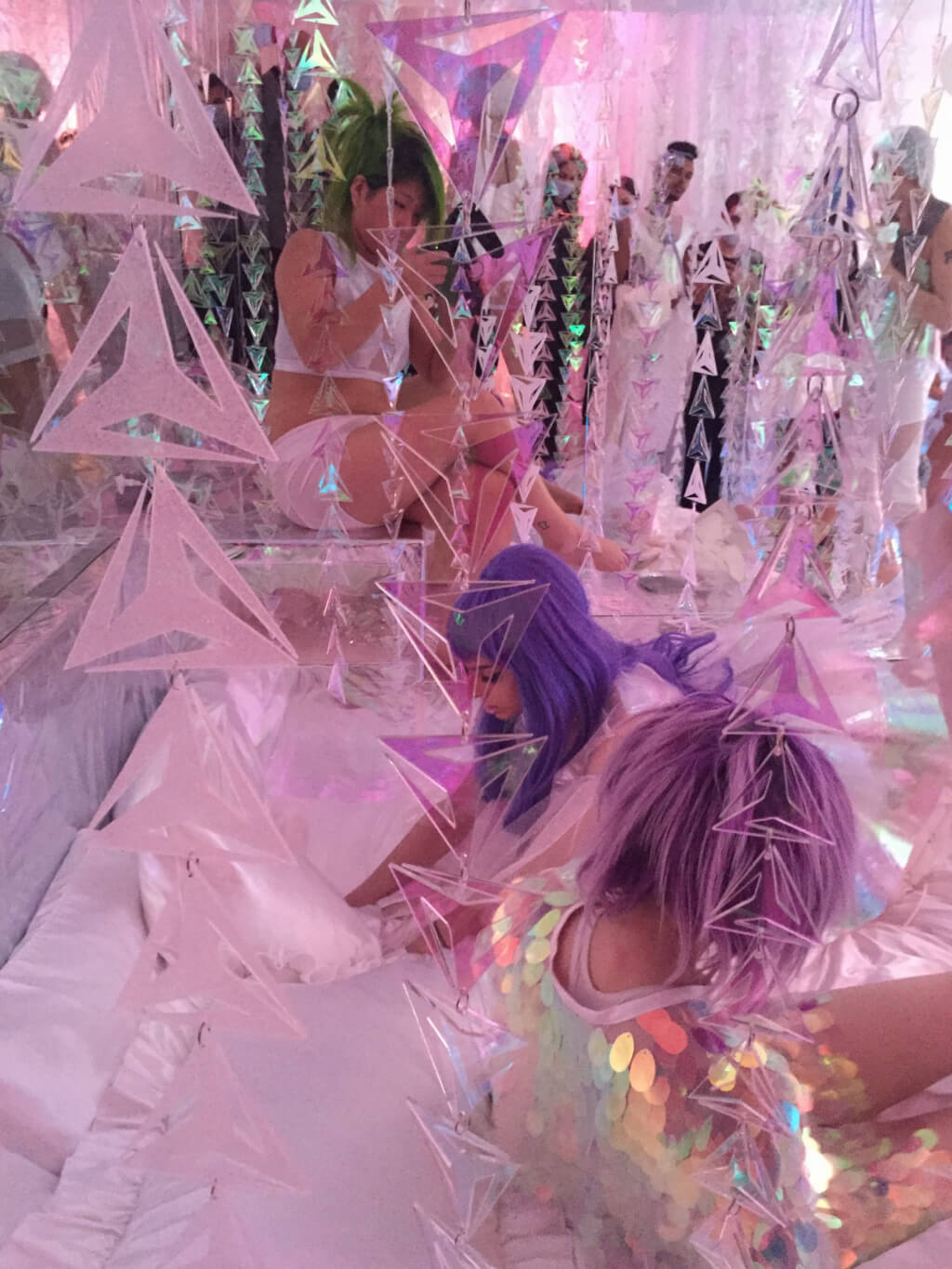 Yamane Kazuma, a scholar who dedicated the years of 1984-1986 to the study and birth of this handwriting claimed “teenagers spontaneously invented the new style,” whereas some scholars tried to attribute it to early comics that were being copied by these school girls. He also found in these studies that older girls tended to use this “childish” handwriting style. More proof that it was not just a juvenile trend, but a trend that changed the scope of Japanese goods and popular culture. The popular brand Sanrio, widely recognized by the famous Hello Kitty, experienced an extreme increase in demand starting at this time as well. The cat that just started as a character on a coin purse, quickly became an icon, tv show character, and the face of a company that today rakes in a whopping $5 billion a year. Hello Kitty actually plays a major part in kawaii culture, especially in it’s spread to the west, more specifically the United States. A character that was actually introduced in America and marketed to children in 1974, became consumed by older teens and even adults. Hello Kitty, who is drawn in a “cute style,” and associated with pink, bows, and frills set the bar for what kawaii in Japan became along with it’s sub styles in fashion that heavily played off of and were influenced by this use of feminine and childlike qualities. Hello Kitty’s lack of a mouth has been argued by some feminists, as a sign of feminine, docile, submissive stereotypes whereas some, including the creator herself, made the stylistic choice of no mouth so young girls could project their feelings onto Hello Kitty. Basically Hello Kitty feels what the consumer feels, a symbol of comfort. I remember growing up in the late 90’s- early 2000’s in a room covered in Hello Kitty head to toe. Although anime and other Japanese trends have found popularity in more niche American cultures, Hello Kitty was something you could go to Target and pick up. You didn’t have to be part of a subculture in order to know who she was or adore her. Thus the penetrationof kawaii into America.

The question of kawaii being grossly inappropriate due to its innocent nature being takenon by adults, but furthermore often sexualizing it, has become controversial as the trend has spread. In Japan, specifically the Akihabara district, a multitude of sex toys, pornography,vending machines with the used underwear of school girls, and other sexual paraphinilia is sold.Some shops are as big as seven floors, and even sell fake genitalia with cute “kawaii” packaging .So is putting the kawaii mark on these sexual products problematic?

It has been reported that in recent years Japan’s birthrate has gone down due to these trends. The expectation of being shy,innocent, and cute has lead some Japanese women,that don’t embrace kawaii culture, feel unsuitable or unwanted as talked about in the hit British documentary tv series Japanology. The show also explores how idealized dolls, toys, and even virtual girlfriends have taken over, leaving the fertility rate in the country to plummet in recent years. Various maid and cuddle cafes have also dominated the scene making it virtually pointless to have a significant other. One can simply going into a cafe, pay to be pet, for a hug,or cuddling from a young woman usually dressed in Lolita (kawaii fashion trend) or maid attire. Lolita as described in the novel titled Lolita by Vladimir Nabokov, is a young child usually younger than the age of thirteen usually who is said to tantalize an older man.

The name Lolita raises issue because it is stemmed from a story that explores pedophilia and molestation. Sexualizing young girls in this way has become a dangerous culture in itself. The Lolita style of clothing includes frilly costume-like dresses with tights and other cute adornments and accessories such as bows, and frilly socks- accessories that are often times tied to how children are dressed. The idealized is made so incredibly tangible through this trend that it seems to take precedent over real relationships in some situations. Now, it is important to keep in mind that multipurpose cafes are extremely popular in Japan. There are cat cafes, gaming cafes, and now even cuddling cafes, which to the majority of westerners seems quite odd, whereas in Japan cafes are not only for getting coffee, but completing a multitude of hobbies and interests. In a Vice episode about Akihabara, an American reporter is shown going to one of these cafes, and explains how it seems as though he has steppedinto a virtual reality, and feels strange at the prospect of cuddling with a stranger. Taking this to a more extreme level, there are some men that actually pay high school girls to date them. Again, kawaii is something that originated with teenage schoolgirls, so that in itself displays the part they  play in this culture. You can almost think of it as the sugar daddy- sugar baby system in which an older man with money financial supports a young woman in return for, in most cases, a romantic relationship. When further investigating this “schoolgirls for sale” epidemic, Vice reporters Simon Ostrovsky and Jake Adelstein, are told by the participants that “many of the girls are blamed for selling themselves,” a patriarchal, victim blaming result that seems all too familiar. As Ostrovsky walks down the street in Tokyo, various schoolgirls in their uniforms are there, fliers in hand, to promote themselves. Each schoolgirl sells different services “from fortune telling to massages to going on a walk around the neighborhood.” He soon discovers various men that seem to appear to be these girls bosses, and demand they turn the cameras off. Spooky.

The man that shoos away the cameras says “ we can’t show underage people on television,” yet they can sell their services? These schoolgirls have been so idealized that their image is used as a marketing tool for a variety of products including comics, cute charms, and other kawaii accessories. When Ostrovsky enters a JK business, short for joshi kōsei, or schoolgirl, the storefront is covered with somewhat suggestive pictures of these young girls and as he enters, he is asked to take his shoes off, as customary in Japan, and even put on, you guessed it, Hello Kitty slippers. One young woman who participated as a JK reveals you are told it won’t simply go beyond chatting but slowly “hidden options” as she calls it arise and “things heated up very quickly.” At sixteen years old, she was exposed to this with the intention of doing something lighthearted and fun. It becomes problematic that adult men are paying underage girls because of their “cuteness” to have these relationships with them. Japan has started to crack down on some of these businesses but the streets of Akihabara are lined with fliers for these young girls still. As a westerner, it is hard to assess this situation without coming off as ignorant to the culture that it’s taking place in, but the girls themselves that are in these situations state that they feel exploited or tricked into the business without knowing exactly what they are getting themselves into. The girl that I mentioned before, who’s identity was hidden in the interview for privacy and safety reasons, she states that the men would sometimes “touch her breasts” or she would “get them off for extra money,” keeping in mind that she was sixteen at this time and in the eleventh grade. At the end of the interview she admits to have taken money in exchange for sex. As we can see, the idealizing of these schoolgirls which started off as an admiration of cute culture, has become not only dangerous and illegal for these young women, but additionally scarring and threatening. When kawaii is used for empowerment of women is Japan, it can be punished as experienced by the up and coming character Manko Chan.